The Víctor Cabedo Trophy was one of the few events in the youth calendar that was not affected by the outbreak of the pandemic and all the measures put in place to control it. Faithful to its February dates, with its two-weekend format, the event in Castellón saved the old normality by a narrow margin of time. Then came the confinement, the slow return to a certain normality and, in sporting terms, also the return of competitions that had been postponed or suspended. The after-effects of COVID-19 were still active at the start of 2021 and the 2021 edition of the Cabedo Trophy opted, with good judgement, to give up its original dates and move to September. 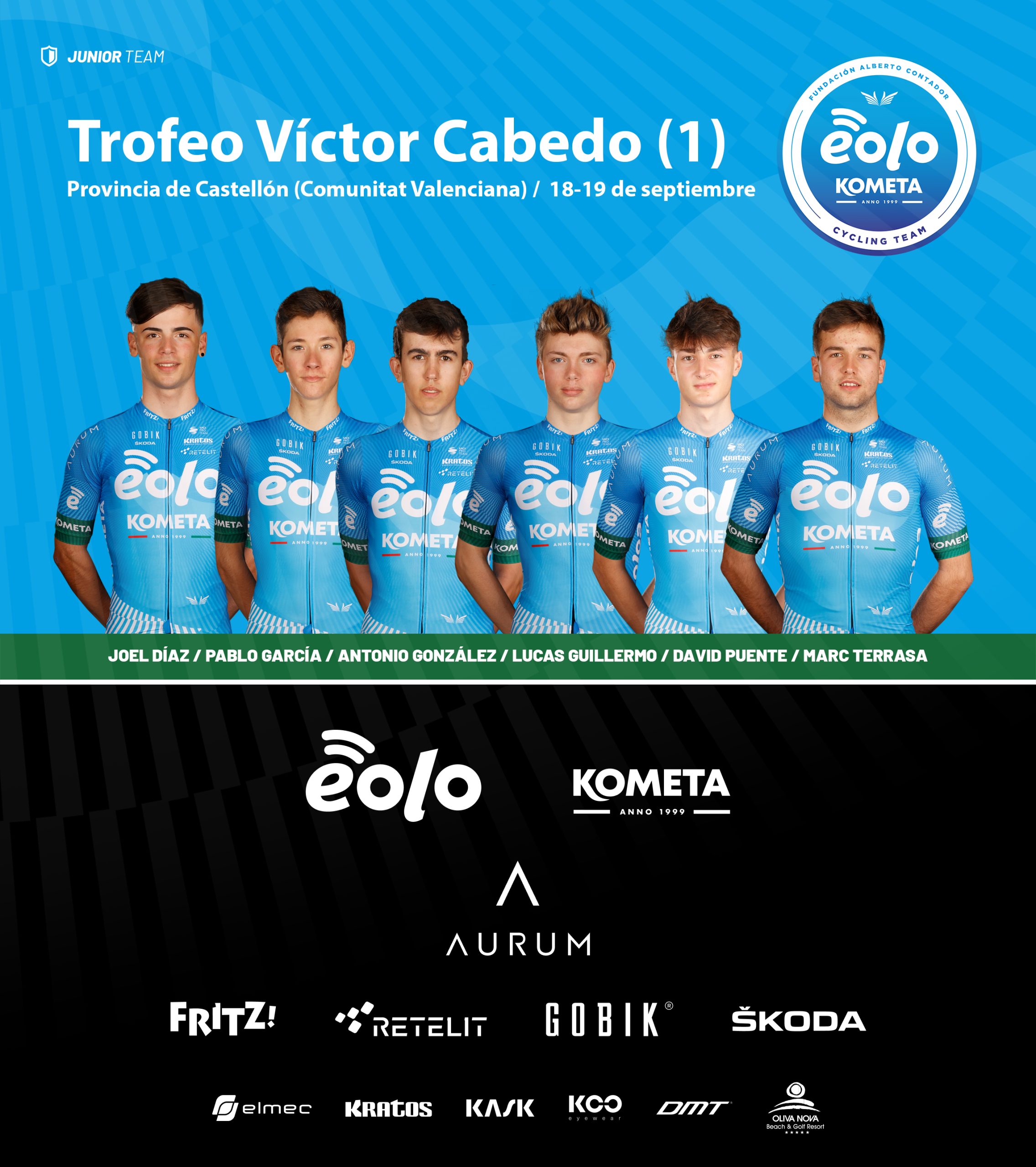 New dates, final part of the season. If in February there was a lot of excitement about the premieres, now there is even more excitement because of the desire to make the most of one of the last big events of the season. The routes, the classics. A Trofeo Castillo de Onda with an uphill finish and the Alto de Ayódar crowning itself in the final twenty kilometres. A Trofeo Entrada de Toros y Caballos also with three scoring climbs within a route in which at least three others could score for the grand prix of the mountain and also finish on a slope. Joel Díaz, Pablo García Antonio González, Lucas Guillermo, David Puente and Marc Terrasa are the six cyclists summoned for this first weekend of the great event in Castellón.