Reinosa is cycling land. The countryside has been the nursery for many cyclists. A varied orography where the mountain, the high mountain, has a great presence that has had its correspondence within the universe of professional cycling. The regional capital itself, the ski resort of Alto Campoo, the Port of La Palombera, the Collado de Somahoz on the route to Palencia’s El Golobar,… and many others.

Guillermo Gutiérrez (Reinosa, 1987) is another of those fruits of the cycling nursery that water the waters of the Híjar and the Ebro, although his passion was channelled towards the world of management. The Cantabrian, in fact, rules the Kometa-Xstra Cycling Team for young people since its origins.  And with him we review the current situation of the structure after a season marked by the stop derived from the State of Alarm in view of the coronavirus pandemic.

What are the competitive prospects for the Kometa-Xstra Cycling Team junior now that it is entering the new normality?

It will always depend on what the health authorities say, but if everything goes well the first test we would do as a team should be the Spanish Cup in San Sebastián de los Reyes, Madrid, set for July 12. Let’s hope that everything will evolve in a positive way and that we can start riding again.

Both Jorge Ramos, the team’s coach, and you in your role as director have kept in close contact with the riders during these months of pandemic. What response have you perceived from the riders?

At all times it has been positive. It is true that each rider has a different head and in moments like these the psychological factor is fundamental; but I think that all of them have known how to use this period as a way of decongesting the routine as a cyclist. That has to make them now take it much more willingly. We must not forget that they are children between 16 and 18 years old, some of them are still teenagers.

We’re talking about very young kids, who are “physically” restrained in terms of sport and also in terms of education. What has surprised you most among all the runners in the middle of this situation?

It is clear that this situation is a step backwards in terms of sport, but I think that it is only when it comes to the rhythm of competition. Although until we get to the first races we will not know the real situation of each rider. There will be riders who will have adapted to this situation and others who will have found it more difficult. But I have to say that, studying the data together with Jorge Ramos, in the sporting field we believe that it is not going to be an influential factor when it comes to performance. The data are being very positive, which at first we thought would not be the case.

And in the field of studies?

I am mainly worried about the riders who are in their second year of high school because of the university entrance exam. I understand that the pressure that this type of test brings with it, with the addition of the crisis of covid-19… Well, all this can make your life change completely, in reference to what you wanted your life to be or where to direct it. The contact we have with the runners is that their studies are not being modified in principle and the teachers are doing their best to get the material to them. As we always tell them, the runner who has best organized his life, getting good grades and so on, that runner profile has always shown us that they are the best cyclists, since they know how to organize their time to the maximum. 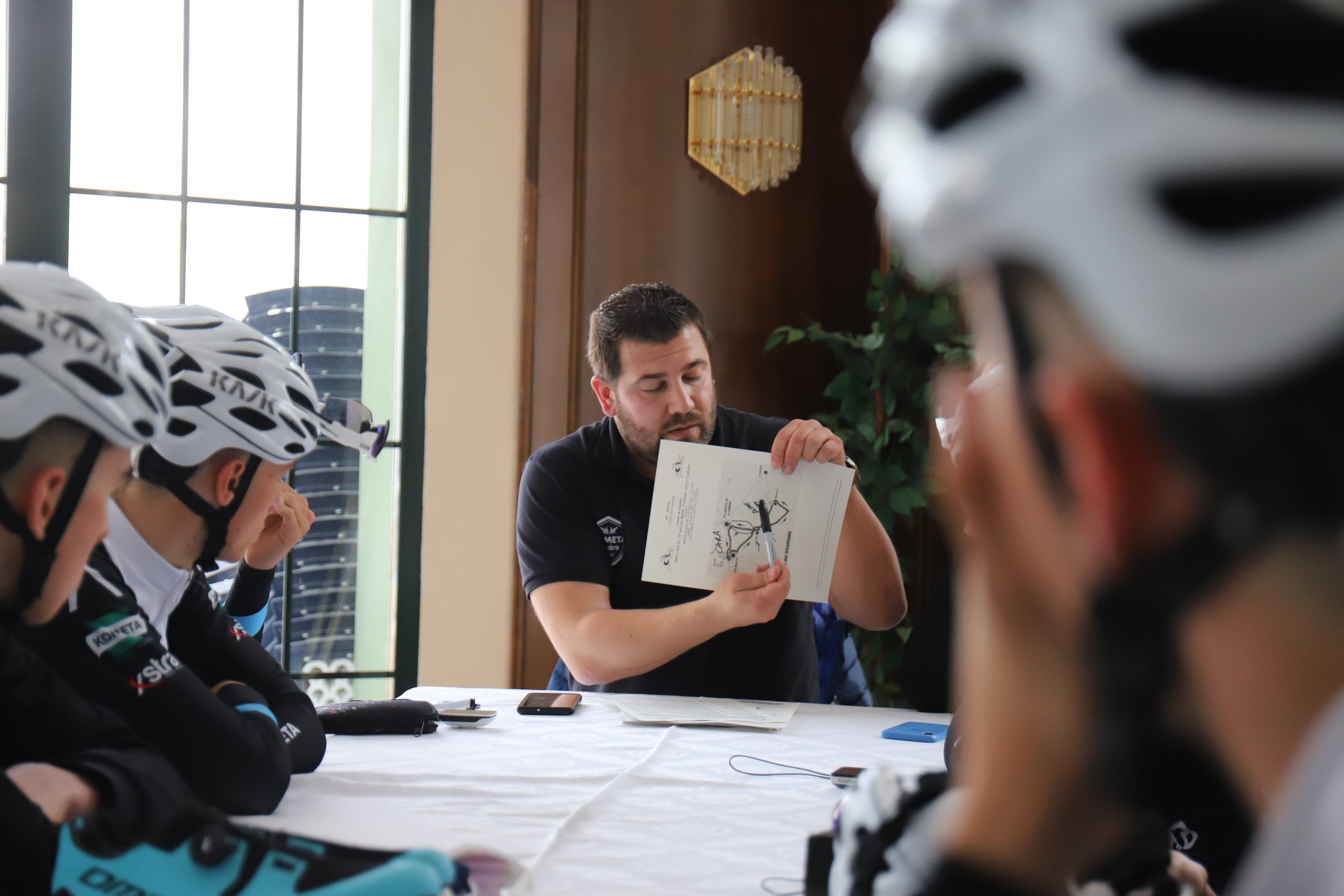 Given your experience in the youth category, Guillermo, how do you think a period like the one you lived in the competitions can influence?

That was another question we wanted to ask you, related to the above: how can you influence the riders who are now facing their second and final year in the junior category?

What I say to you: being the last year in the category, they fight because we see something in them that we believe that they can give the jump to the category u23 and to evolve in our structure. And if we can’t accommodate them because we don’t have any gaps, they have to do their best so that the best teams can have the references to make the jump with other national level structures. Of course it is complicated this year, as the U23 structures will also be quite saturated in principle.

There is a lot of talk about professional World Tour cycling but… how do you think formative cycling will look after this crisis?

In my humble opinion, grassroots cycling, as it is for juniors, has to be just that: training cycling. That’s why, in principle, it has to be reinforced, since we have learned new forms of training that perhaps we didn’t give so much importance to before and now we are going to see clearly how it is affected on the road. We as trainers must do our work so that the U23 team is nourished by the best junior riders and can continue to evolve in our structures until they reach the professional team in the future.

How is the category going to look like or what perspectives do you think there are for the junior cycling in two/three years time?

We are seeing that things are getting better and better and WorldTour teams are looking at teams and riders in this category. It is also an extra motivation for the riders and for all of us to see that we are doing things right.

Is there a possibility that all this situation, all this derived standstill, could somehow end up with a whole generation of future cyclists?

I don’t see it that way. The racers who really bet on the bike are going to keep doing it. The sieve of those riders is in the passage from junior to U23, but this is not new is something that always was. It’s a natural thing now. Many prefer to leave the bike and focus on their studies. And then the big screen of the u23 category, when when it comes to making the jump there are not as many teams in Spain as there were in the 90s, on the one hand, and compete with all the amateur cycling world. Many aspirants for few places. We have been hearing for years that there is no future for Spanish cycling and I, from the junior category, see a very remarkable evolution year after year. And I hope that we will see the result in the professional field very soon.

From your point of view of many years in management, what are those two or three races that should never be suspended?

With the maximum respect to all of them, I would emphasize the Tour of Besaya, Bizkaiko Iztulia and the Tour of Ribera of the national calendar; and the Tour de L’ Ain at international level…

Right now, among those mentioned, the only one that could be celebrated is the Tour of the Besaya. Of all the races planned at the moment in the calendar, which two or three races would be fundamental and do you trust that, if you can compete, you will not fall?

In this case I say the Vuelta al Besaya, the Gipuzkoa Klasika and the Copa de España de Sant Boi, this last one because it has a route that I love.