The 2020 season is proving exceptionally strange because of the large number of tests that have been postponed or moved around as a result of the coronavirus health emergency. The Gipuzkoa Klasika is among the second, as it should have been held at the beginning of May according to its last editions, but with a view to this year’s race, a synergy is emerging between the Gipuzkoa Cycling Federation and the Loinaz Cycling Society to hold this UCI 1.1 category event on the route of the Clásica Premundial-Beasain Proba, which is usual on these dates and was initially scheduled for next weekend.

The Valencian Pablo García, the Andalusian José Luis Medina and the Madrid Samuel de Pablo, Alejandro Luna, Miguel Ángel Molina and Miguel Ramos compose in this occasion the sextet with which the Kometa-Xstra Cycling Team directed by Guillermo Gutiérrez will take part. 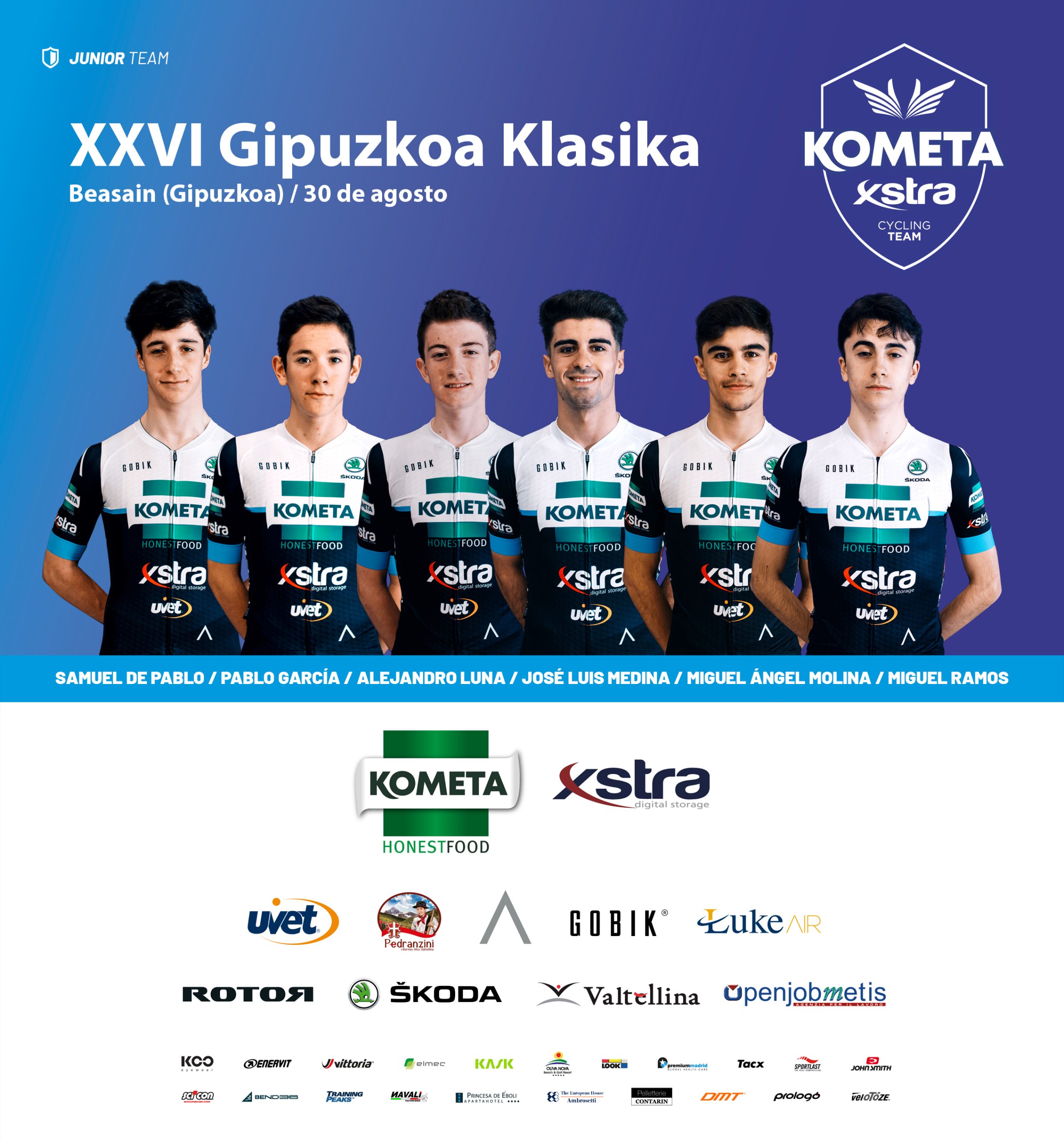 The route will be the usual one of the Clásica Premundial, a demanding route marked by the ascents to Lierna, Altzo, Olaberria, again Lierna and again Olaberria, this last step with its summit less than five kilometres away.